How Much Should A Mini Dachshund Weigh?

A fully grown miniature Dachshund can weigh around 11 pounds. These dogs are known for their long backs, which make them prone to back problems if they carry too much weight.

A full-grown standard dachshund, on the other hand, can even weigh up to 32 pounds. 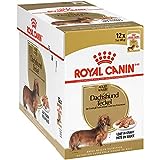 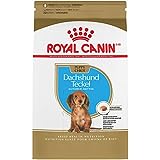 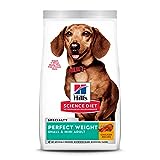 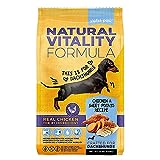 What is overweight for a mini dachshund?

Many people believe that there is no such thing as being too thin for a Dachshund, but this isn’t actually the case. An underweight dog can be just as unhealthy as an overweight one.

A healthy weight for a miniature Dachshund is around 11 pounds. If your dog weighs much less than this, he may be underweight and could benefit from some extra food. However, any weight above 11pounds is just going to be dangerous for the miniature dachshund.

What weight should my mini dachshund be?

A miniature dachshund should weigh a maximum of 12 pounds. Anything above that can cause medical problems for the dog.

How much should a mini dachshund eat?

A miniature dachshund should eat around one to two cups of food per day. This can be split between two meals or divided among three smaller ones.

Make sure to monitor your dog’s weight and adjust his diet as needed.

What should you do if your dachshund is overweight?

Dachshunds are prone to becoming overweight due to a genetic predisposition and their enthusiastic love of eating. Without proper diet and exercise, dachshunds can become not just overweight, but obese. As a happy-go-lucky dog, the dachshund’s obesity is often the result of inactivity. If your pet is overweight, you should speak to a vet to ensure that it isn’t suffering from an underlying health condition.

You should also consult with a vet before you begin to reduce your dog’s portion sizes to ensure that this won’t cause any dietary deficiencies. It’s better to reduce your dog’s portion by 5% or 10% rather than by 20% or 50%. Diets should be gradually implemented with dogs and it is better to include your dog in the decision of the diet. If your dog is a little overweight, get in the habit of taking a walk every day. You can also play fetch outside with your dog. Additionally, you can purchase a dog treadmill for your dachshund to exercise on.

Dachshund Terrier Mix Lifespan – What You Need To Know

Why Are Dachshunds So Long?

If you’ve ever had the pleasure of meeting a Dachshund, one of the traits that stand out most is their long bodies and short, stubby legs. It’s hard not to smile as you pass by one of these dogs. Their bodies are unusual compared to most other dog breeds, but that’s what makes them special…

There is no doubt about it, Dachshunds are one of the most popular and let’s be honest cutest dogs in the world. However, they’re not for everyone – so before you decide to get a Dachshund here are a few things you should consider. Contents1 11 Reasons Why You Shouldn’t Get A Dachshund1.1 1. They’re…