Why Do Dachshunds Shake Their Ears?

If you’re a proud owner/parent of a Dachshund, you’ve probably noticed that they often shake their ears. They do it in different ways, so you don’t understand the reason behind ‘why do Dachshunds shake their ears?’

Dachshunds shake their ears for a variety of reasons, including releasing built-up ear wax, drying their ears after swimming, and relieving itchiness. While some dog breeds shake their entire body to dry off, dachshunds only shake their head and ears because of their long bodies.

Dachshunds will sometimes shake their ears to dislodge any dirt or debris that has become lodged in them.

This behavior is perfectly normal and is nothing to be concerned about.

Dachshunds are also known for their stubbornness, which may be another reason why they shake their ears – to release any excess energy!

7 Reasons Why Dachshunds Shake Their Ears

Dachshunds are known for their long, floppy ears. While their ears may look cute, they actually serve an important purpose. Here are the reasons why Dachshunds shake their ears:

If you notice your dachshund shaking their head or their ears more than usual, it may be a sign that they are in discomfort.

You should take them to the vet to check their ears to ensure there is no infection or other issue.

2. To Keep Them from Getting Too Much Stimulation

Dachshunds’ ears are also very sensitive, so shaking helps to keep them from getting too much stimulation.

When a dachshund’s ears are stimulated, they release a chemical called dopamine. This chemical is responsible for the pleasurable sensations associated with things like food and sex. However, too much dopamine can lead to over-stimulation, which can be uncomfortable for the dog.

Shaking their ears helps to disperse the dopamine and keep the levels in their system under control. It’s a clever way for them to regulate their own pleasure and keep themselves comfortable.

So next time you see your dachshund shaking their head, know that they’re just taking care of themselves!

3. To Release Built-Up Wax and Debris

Dachshunds’ long, floppy ears can easily trap wax and debris. To clean their ears, they shake their heads from side to side, which helps to release the built-up wax and debris.

If you have a dachshund, it’s important to check their ears regularly and clean them as needed. Otherwise, the wax and debris can build up and cause problems for your dog, like an ear infection. 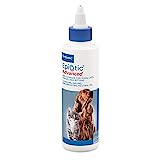 4. To Dry Them Out After Bathing or Swimming

Dachshunds shake their ears to dry them out after bathing or swimming. This distinctive trait is one of the things that make Dachshunds so special.

While other dogs typically have round, upright ears, dachshunds’ ears are long and floppy. This design helps to protect their inner ear canal from water and debris. However, it also means that their ears take longer to dry out after getting wet.

That’s where the shaking comes in! By rapidly shaking their heads back and forth, dachshunds can quickly remove any excess water from their ears.

So, the next time you see your dachshund shaking their head after a bath or swimming, you’ll know they’re probably just trying to keep its ears healthy and dry.

5. To Indicate That They Are Happy or Excited

There’s nothing quite like the wagging tail and big ears of a happy dachshund. But did you know that those same big ears can also be used to communicate excitement?

That’s right, when a Dachshund is shaking their ears back and forth, it’s a sign that they are happy and excited.

So next time you see your furry friend shaking their ears, be sure to give them a good petting – they’re just trying to tell you how much they love you!

6. To Warn Off Potential Predators or Threats

Today, Dachshunds are popular pets all over the world. But they were originally bred in Germany to hunt badgers. Their unique body shape allows them to tunnel underground after prey. But it also makes them vulnerable to predators.

In the wild, dachshunds would shake their ears to warn off potential predators or threats. This would help to scare off the danger and keep the pack safe.

Today, dachshunds still shake their ears when they’re feeling threatened or anxious. It’s a natural instinct that’s hard to suppress. So, if you see your dachshund shaking its ears, it’s best to give it some space.

Of course, not all ear shaking is a sign of fear or anxiety. Sometimes, dachshunds just do it because they’re happy! If your dachshund is wagging its tail and shaking its ears, then it’s probably just expressing its joy.

Dachshunds use their ears to communicate in a variety of ways. By raising and lowering their ears, they can convey a range of emotions, from alertness and excitement to relaxation and contentment.

When a dachshund is happy, you’ll often see its ears perked up and alert. But when they’re feeling scared or nervous, their ears will often be pulled back close to their head.

Look at their ears if you’re trying to figure out what your dachshund is thinking! They can give you some important clues about how they’re feeling.

In addition, the positioning of their ears can also indicate what they are paying attention to. For example, if their ears are perked up and pointed in a certain direction, it means they are listening to something or someone in that direction.

Finally, the movement of their ears can also be used to communicate non-verbally with other dogs. By moving their ears back and forth, they can signal that they are friendly and want to play.

You may have some questions about why dachshunds shake their ears. Here are some answers to common queries:

Should you be worried about dachshunds shaking their ears?

Dachshunds shake their ears for various reasons, most of which are perfectly normal and nothing to worry about. However, there are a few situations where ear shaking can cause concern.

How do I know if my dog has ear mites?

Shaking their head and scratching their ears are common signs of ear mites. Ear mites are tiny parasites that live in a dog’s ear canal and feed on their wax and oil. They can cause a lot of irritation and discomfort.

If you think your dachshund might have ear mites, take a look inside their ears. If you see black or brownish debris, it’s a good sign that ear mites are present. You should also look for redness and swelling.

If you suspect your dachshund has ear mites, the best thing to do is take them to the vet for treatment. Ear mites can be treated with various methods, including ear drops and oral medications.

What’s the best way to soothe your Dachshunds ears?

If your dachshund’s ears are itchy or inflamed, you can do a few things to soothe them.
First, you can use a dog-specific ear cleaner to gently clean their ears. This will help to remove any dirt, debris, or wax that could be irritating.

You can also apply a small amount of coconut oil or almond oil to their ears. This will help to moisturize the skin and reduce inflammation.

If your dachshund’s ears are still bothering them, it’s best to take them to the vet for a check-up. They may have an ear infection or other condition that needs treatment.

In summary, there are a few possible explanations for this question many Dachshund owners ask, “why do Dachshunds shake their ears?”

One theory is that the shaking helps to dislodge any foreign objects that may be stuck in their ear canals. Another possibility is that the movement helps to stimulate blood flow and keep their ears warm. It could also be a way of communication, as dogs often shake their bodies to express excitement or joy.

No matter the reason, it’s clear that ear shaking is a normal part of a Dachshund’s behavior, and you don’t have to worry about anything!

Are Dog Subscription Boxes Worth It? Here’s What You Need to Know

Are subs bad for dogs: Is the Bass Harming Your Furry Friend?

Subwoofers are powerful audio tools that add an extra layer of low-end sound to your music. But can the bass from these speakers be harmful to your pet? In this article, we’ll explore whether subwoofers are bad for dogs and what you can do to make sure your furry friend is safe. The short answer…

From Teething to Boredom-Busting: The Best Chew Bones for Dachshunds

As a dachshund owner, you know that these pint-sized pups have a lot of energy and a natural desire to chew. Whether your dachshund is a teething puppy or needs something to keep, them entertained, chew bones can be a great solution. But with so many options on the market, how do you choose the…