Why Do Dachshunds Sleep On Their Backs?

Dachshunds are well-known for being a stubborn breed of dog that likes to sleep on their backs. One might think that this is because they don’t want anyone to mess with them while they’re sleeping, but there’s actually another reason why dachshunds do this.

Dachshunds have elongated bodies, which make it difficult for them to breathe when they lie down flat on their stomach or side. When lying down on their back, the abnormal shape of the spine allows airways in the lungs to expand and contract more easily, which makes breathing easier. 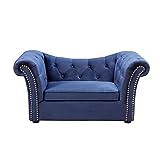 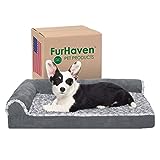 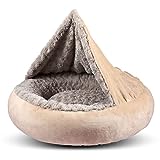 Is It Comfortable For Them To Sleep On Their Backs?

It is comfortable for them to sleep on their back. They are also more vulnerable when they lie down flat, which might be why they prefer sleeping in the safest position possible.

It Makes Them Feel Safe

Dachshunds sleep on their backs because it makes them feel safe. When they are in this position, they can see everything that is going on around them, and they are less likely to be attacked from behind. This might explain why dachshunds are such good watchdogs – they always have an eye out for potential danger.

They Are Looking For Love and Affection

Dachshunds are also known for their strong desire to be loved and get attention. They will do anything they can to get it! When dachshunds sleep on their backs, this exposes the underbelly of their body which is where many dogs display affection when getting close to each other. Some people speculate that because of this, dachshunds will sleep on their backs so they can get more love and affection from the people around them.

They Are Being Friendly

Another possibility is that dachshunds sleep on their backs because they are being friendly. When dogs meet each other for the first time, they will often roll over to expose their bellies as a sign of trust. By sleeping on their backs, dachshunds might be trying to show the people around them that they are trustworthy.

Dachshunds are also known for being very friendly dogs. They love meeting new people, and they crave all of the attention that they can get! If dachshunds sleep on their backs, it might be because this position makes them easier to pet or interact with in some way – which is exactly what they want!

Why Do Dachshunds Like To Sleep Under the Covers?

Dachshunds are a breed of dog that is known for their love of sleeping. In fact, they often nap up to 14 and sometimes 20 hours per day! One of the questions that people often ask is why dachshunds like to sleep under the covers.

There are a few different reasons why dachshunds might like to sleep under the covers. For one, it can be warmer and cozier for them. They may also feel safer when they are hidden away from view. Additionally, sleeping under the covers can help block out noise and distractions, which can make it easier for them to fall asleep.

Whether it’s because they are colder, safer, or quieter, there’s no doubt that dachshunds love to sleep under the covers! They can often be found snuggled up in a bed, blanket, or even a pile of laundry!

Is It Bad For Dachshunds To Sleep On Their Backs?

Additionally, this position may make it difficult for them to breathe, which can also cause health issues. So while dachshunds might like to sleep on their backs because it’s comfortable and safe, it’s not necessarily good for them.

Why Do Dogs Zig Zag When Walking?

Why do Dogs Lick Feet with Athlete’s Foot?