How to Socialize Your Dachshund?

Dachshunds are a great dog breed. They’re small and compact, they have short hair that doesn’t need much grooming, and they’re super energetic! But if you’ve just adopted one of these little guys, then you may be wondering how to socialize them.

It can be difficult for some dogs to adjust to their new environment, but it is possible with the right training techniques. In this blog post, we’ll go over five tips on how you can get your dachshund used to his new surroundings, so he’s not so anxious or afraid anymore. 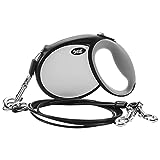 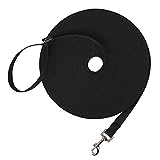 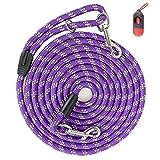 What Does It Mean By Socializing With Your Pet?

Before we start talking about how to socialize your dachshund, let’s make sure we’re you understand what it means to socialize with your pet. Socializing with your pet is a specific term that means getting them used to new people and places, so they aren’t anxious or afraid of those things anymore. It usually takes some training techniques as well as time and patience to get your pet socialized.

Dogs that are not properly socialized can sometimes become aggressive or fearful around new people and places, which is definitely not something you want to happen. That’s why it’s so important to start socializing them from a young age – the earlier, the better!

How Can I Make My Dachshund Friendly?

If you want your dachshund to be friendly and not aggressive or afraid of new people, places, or things, then make sure you follow these five tips. They are great for socializing them at a young age, as well as older dogs who might have trouble adjusting due to a previous traumatic experience.

The earlier you start socializing your dachshund, the better! Puppies are usually easier to train and get used to new things than older dogs, but it’s never too late to start socializing them. If you have an older dog that has never been properly socialized, don’t worry – just follow the tips in this blog post, and you’ll be good to go!

Tip Two: Introduce Them to a Variety of People

One of the best ways to socialize your dachshund is by introducing them to a variety of different people. This could include family members, friends, strangers, kids, and other animals. It’s important to expose them to as many different people as possible, so they know that not everyone is a threat.

Tip Three: Take Them to a Variety of Places

When your dachshund exhibits good behavior – such as approaching new people or places – make sure you reward them! You can do this with treats or even just lots of love and affection. This will teach your dachshund that new people and places equal good things, which in turn makes them less likely to be anxious when they encounter those kinds of situations in the future.

If your dachshund is exhibiting bad behavior – such as cowering, hiding, growling, or barking – don’t force them to interact with the new person or place. This just makes it worse because they’ll think that you’re trying to hurt them in some way when really you are just trying to socialize them.

Is It Ever Too Late To Socialize A Dog?

You should understand that it is never too late to socialize a dog. Ideally, you should always start when they are young. However, if you have an older dog that has never been properly socialized, then it’s still not too late to start. Just follow the five tips in this blog post, and your dachshund will be good to go!

How Do You Socialize A Dachshund?

You can follow the five tips mentioned above if you want to socialize a dachshund in the best way possible. They are great for both young and older dogs that might have trouble adjusting due to a previous traumatic experience. These tips will make sure your dachshund is friendly instead of aggressive or afraid of new people, places, or things.

How Do You Socialize An Old Dachshund?

An older dachshund can be socialized the same way a dachshund puppy is socialized. However, it can take more time and effort when you are trying to socialize an old dachshund. So it is always ideal to start working on socializing your dachshund when they are just a puppy.

Is Shaking a Can With Coins Bad for Dogs? The Pros and Cons

Do you have a dog? If so, have you ever shaken a can of coins and made a noise to get your dog’s attention? Many people do this because the noise gets a response from their dog. But is this a good thing to do, or does the sound of coins startle their dogs and…

Are dachshunds hard to train?

Dachshunds are known for being stubborn and feisty, but are they really hard to train? The answer is: it depends. Dachshunds are intelligent dogs and can be trained relatively easily, but they do have a mind of their own. They are also known for being independent, so you’ll need to be patient and consistent with…

Are Dachshunds Good Off the Lead?